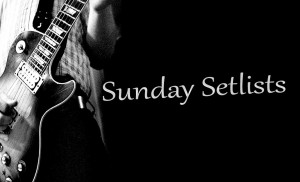 It was a bit of a rocky road getting to Sunday morning this week. With our musicians small in number, when any one of them are gone, it can make a significant impact. I had already scheduled our usual drummer off this week and had our backup drummer scheduled, but found out in the middle of the week that our bass player and one of our guitar players would be gone also. Add to that the fact that our other guitar player has been out of commission since Christmas and it was suddenly looking like we were going to have a real skeleton crew! After some unsuccessful attempts to round-up another instrumentalists to join us, our bass player became available again. We ended up having a pretty typical week, minus guitars. Hopefully we can raise up some new players to help fill the holes!

This is part of the Sunday Setlist Blog Carnival found at TheWorshipCommunity.com. You can see what other churches did here.

Were you at Journey this week? I’d love to hear your feedback!