We’re almost done with our Spring Cleaning at Church series! We’ve looked at the physical stuff, our style and the digital stuff – now let’s talk music!

Sprucing up Our Music

While I’m of the persuasion that it’s a good thing to be in a constant state of “spring cleaning” when it comes to our music – always evaluating and keeping it fresh – if you haven’t been in that mindset, now might be a good time to start. And even if you are in that habit, taking some focused time to review can help you see things that you’ve overlooked. 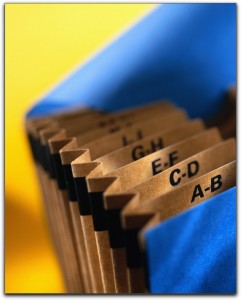 Repeat after me: Organization will set you free. The first step, if you haven’t already done this, is to organize your catalog of music. I’ve written a bit about how to do that before. Whether you use an online database like Planning Center or you have a printed binder full of music, you should have some sort of catalog of your music. Break it down by its role in the service (Invocation, Confession, Communion, etc.) and its theology. This is a great practice to get into because you’ll be able to see at a glance categorically where your music falls. If you have 50 songs in your catalog and 45 of them are songs of praise and 5 are songs of confession, your balance is off which means what you’re teaching your congregation through music is also skewed.

While you’re getting organized, take some time to evaluate not only the theology of the songs you use in worship but also the expiration date. While it would be great if some of these modern worship songs came with a “best by…” or “use before…” date, it just doesn’t work that way. Besides, every church is different and what works and resonates one place might not elsewhere.

But the truth is, all worship songs have a shelf-life. I can hear all the traditional church/hymn folks shaking their heads right now and thinking, “These hymns have been around for hundreds of years! There’s no way they have an expiration date!” And you’d be half right. Take a look at any denominations hymnal and there will be a minimum of 300-400 hymns. I have a few on my bookshelf that have as many as 800 hymns. The problem is that we think these are all the hymns that were ever written and they’re all still around and used today. The truth is that there are hymns written alongside of ones still being used that long ago outlived their usefulness to the church. Charles Wesley, the great Methodist hymn writer, wrote words and music to 6,000 hymns and words to 2,000 more[via Wikipedia]. Of the 8,000 hymns that he wrote, only a couple hundred or so are still widely used today. The hymns that the church still uses are a distillation of the best-of-the-best hymns through centuries of music.

Depending on the style and culture of your congregation, some songs may work for you that won’t work for others. For Journey, the majority of our music is recent – from about 2005 to the present – but that doesn’t mean that every worship song written since 2005 is still being sung. Some, as happened to thousands of Wesley’s hymns, are replaced by stronger songs, become dated, or just don’t work well at our church. But our library isn’t just songs that are new; there are still some older worship songs and hymns that have remained because they’re still relevant to us today.

Take some time to evaluate your music. See if there are songs that should be shelved for a while or maybe even pulled from the rotation permanently.

After you’ve pulled some songs that might be getting past their prime or just need a break at your church, take some time to look for some new replacements. I’ve mentioned recently where I go to look for new songs. With your music catalog all organized by role and theology, you can see what areas might need some additions. Don’t be tempted to fall into the mindset that I used to have long ago: that I’ll just look at what other churches do and follow them, or that I just need a new “fast” song, so I’ll find a fast one. That’s how you end up with a bunch of general “praise” songs and nothing with any great theological content. Look intentionally and seek the right songs to add that will edify your congregation.

With all this talk about music, it’s also a good time to think about your worship team. Plan some opportunities to freshen up the team. Plan some social events for the team to have some fun. Schedule some workshops to give them new skills or hone their current ones. Look into some new resources to help them be awesome! The worship team is unlike many ministries in the church – it’s an enormous drain on volunteer’s time, energy, passion and their life in general. But without the team, your worship service would be drastically different. Take time to let them know they are appreciated and that you care about them.

One thought on “Spring Cleaning at Church Part 4: Clean up your music”