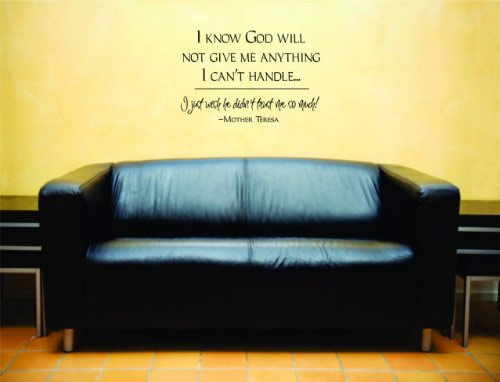 Pop Christian Music is an interesting thing. I’ve heard (and read) about pastors and churches encouraging their members with “30 Day Challenges,” where you’re encouraged to listen to ONLY Christian music for 30 days, as if 30 days is a magic number or listening to only Christian Music will make you a better Christian.

Even in the “contemporary” worship crowd (I dislike that term, but that’s another post), there’s often a sense that a “Christian” song = a worship song. After all, they wouldn’t play a song on a Christian radio station if it weren’t true, right?

Enter “He Said” by Group 1 Crew. You’ve probably heard the song if you listen to Christian radio stations at all because it seems to play all the time. But just in case, here it is.

It’s a catchy tune. But, is it true? In case you couldn’t listen to the song or just would like to see the lyrics, here they are:

So your life feels like it don’t make sense
And you think to yourself, “I’m a good person,
So why do these things keep happening?”
Why you gotta deal with them
You may be knocked down now, but don’t forget
What He said, He said

Who you are ain’t what you’re going through
So don’t let it get the best of you
‘Cause God knows everything you need
So you ain’t gotta worry
You may be knocked down now, but just believe what He said

“I won’t give you more
More than you can take
And I might let you bend
But I won’t let you break
And know I’ll never ever let you go”
Don’t you forget what he said.

Most people probably never even think twice when they hear the song because the idea is so prevalent  in Christian culture. But show me where in Scripture it says that God won’t give you more than you can handle. If you crack open the pages of Scripture and look closely, you won’t find it.

The closest you’ll come to finding the idea is 1 Corinthians 10:13:

No temptation has overtaken you except what is common to mankind. And God is faithful; he will not let you be tempted beyond what you can bear. But when you are tempted, he will also provide a way out so that you can endure it.

It’s important to note that the temptation mentioned doesn’t come from God – as in God giving you more than you can handle. James 1: 13-15 says:

When tempted, no one should say, “God is tempting me.” For God cannot be tempted by evil, nor does he tempt anyone; but each person is tempted when they are dragged away by their own evil desire and enticed. Then, after desire has conceived, it gives birth to sin; and sin, when it is full-grown, gives birth to death.

God won’t tempt us. God can’t tempt us; certainly not in the sense of enticing us to sin. Where does that temptation come from? It comes from our own sinful desires. But thanks be to God that in the 1 Corinthians verse above we have the solution: “God will provide a way out.”

When we look for examples that God won’t give you more than you can handle, we actually come up with much of the opposite:

We do not want you to be uninformed, brothers and sisters, about the troubles we experienced in the province of Asia. We were under great pressure, far beyond our ability to endure, so that we despaired of life itself. Indeed, we felt we had received the sentence of death.

Their trials and troubles were so great that they felt they were sentenced to die. Pretty severe, if you ask me. Fortunately, it continues:

But this happened that we might not rely on ourselves but on God, who raises the dead. He has delivered us from such a deadly peril, and he will deliver us again. On him we have set our hope that he will continue to deliver us.

Back to the Song

So, while I enjoy the song and even sing along with it, it’s not one that will ever grace the platform as a worship song. When a song “quotes” Jesus, saying something that he never said, that’s a deal-breaker.

It’s also a reminder that even if we’re listening to Christian music on a Christian radio station in our Christian car (is there such a thing?!) we need to not just listen blindly (especially when you’re driving, please). It’s always good to compare the lyrics to Scripture – especially if it takes a little bit of study!

What do you think?

What do you think about the song? Are there others out there that you wonder about or have found that don’t exactly mesh up with Scripture? Discuss.

4 thoughts on ““He Said” by Group 1 Crew: A Theological Prespective”