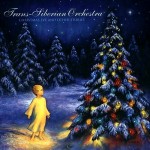 One of my favorite Christmas CDs of all time is Trans-Siberian Orchestra’s (or TSO, for short) Christmas Eve and Other Stories. If you’ve never heard of Trans-Siberian Orchestra (shame on you) they’re a little bit like Metallica + Orchestra x Christmas music (which equals Awesome cubed, for all those math majors out there). They take traditional Christmas carols and rock them up with electric guitar. What I appreciate most is the musicality of how they put it together. Anyone could throw a crunchy electric guitar with an orchestra and you’d likely just get noise and a bunch of angry classical musicians. They do it in such a way that it sounds like the electric guitar belongs with the orchestra.  (Imagine what Beethoven would have done with an electric guitar in his orchestra – my brain can’t even comprehend what our world would be like!)

All of TSO’s Christmas CDs have become favorites of the musicians on the worship team because each year, we rock out to a few of their songs around Christmas time. While all of their CDs are great, I chose this one because it has the most of my favorites on it.

Highlights: (Side note – all of these videos are of houses with lights synchronized to TSO’s music – they’re a favorite of those folks apparently)

There are other good ones on the CD, but these are by far my favorite.

Two albums down, 10 more to go! Stay tuned for more of the Essential Music for Christmas series!

One thought on “Essential Music for Christmas #2: TSO’s “Christmas Eve and Other Stories””